Is Your Girlfriend Flirting With Another Woman? Here’s What To Do About It 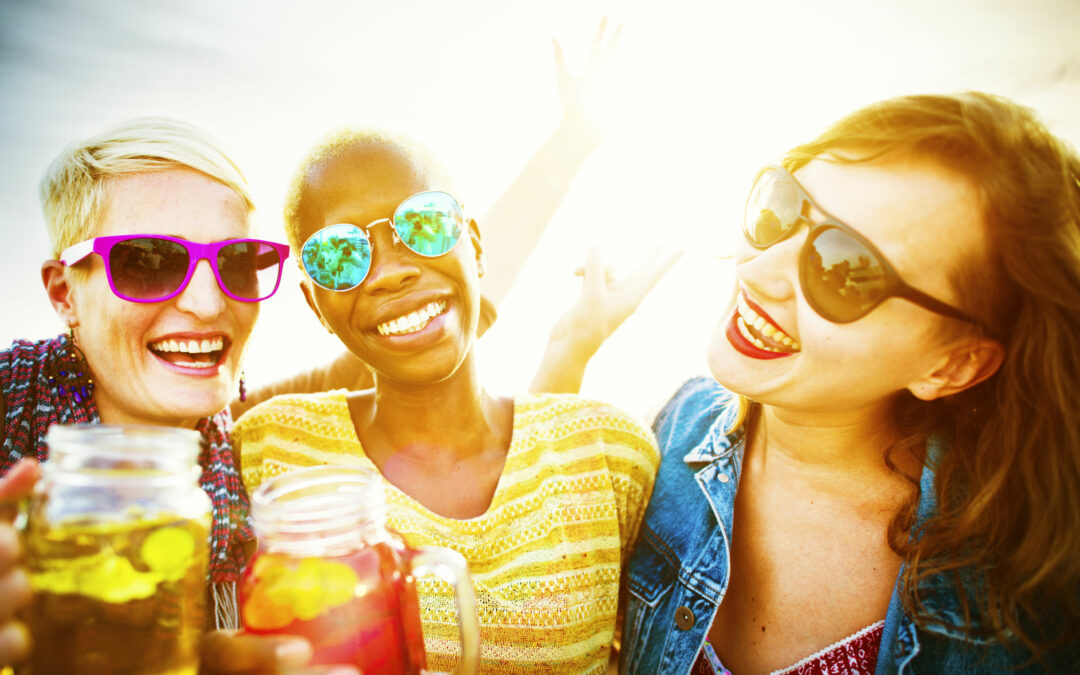 Does this sound familiar?

You’re out with your girlfriend (or wife), having a great time, when she starts getting just a little too friendly with another woman.

Her flirtatious behavior is making you uncomfortable, and even humiliated. You start having thoughts like, Why is she paying so much attention to this other gal? Or even— Is my girlfriend going to leave me? Maybe I’m not good enough for her!

What should you do?

Causing a scene will only make things worse. Calling out your partner in front of other people will probably make her defensive, and it’s awkward for everyone else in the room.

Wait until you are alone before you talk about it. Give yourself time to calm down. Couples therapist Stan Tatkin explains that it’s hard to think rationally and remember events as they really happened, and it’s even harder to rely on your memory when you’re stressed out.

And for heavens sake, don’t try to take revenge by flirting with someone else. This only adds more fuel to the fire, and makes you look like a hypocrite.

2. Have an honest conversation about your feelings

The golden rule for dealing with relationship problems? Communication.

Your girlfriend might not realize that her behavior is hurting you. So spell it out. Speak your truth.

Tell her how you feel when she flirts with someone else. Give her concrete examples. And remember, never use insults or generalizations.

Some people are naturally extroverted and friendly. Flirting is second nature to them. In fact, your babe’s flirty personality might have been what attracted you to her in the first place.

She may have no idea that her flirtatious behavior has upset you. And a heartfelt conversation might be all it takes to solve the problem.

Being honest requires vulnerability. And yep, that can be scary. But it’s the only way you are going to make progress.

Healthy relationships are built on trust and transparency. And that means you’re going to have to talk about sensitive issues. Sitting around and hoping that a problem will magically go away just won’t work.

3. Talk about your boundaries

If you haven’t already made agreements about what is and isn’t acceptable in your relationship, now is the time.

For example, is it OK if your girlfriend (or you) briefly puts her arm around another woman’s shoulders? Will it be OK if either of you playfully kiss another woman on the cheek, compliments someone’s appearance, or steers the conversation to sexual topics?

Maybe your girlfriend thinks it’s totally normal to flirt with other women when she’s in a relationship. If you’re not on the same page, you need to talk about it.

Decide together what is and isn’t OK for your relationship.

This isn’t about you telling her what to do. When one person sets rules, the other will start feeling resentful. Both of you should listen carefully to whatever the other has to say. Then, come up with a list of “do’s” and “don’ts” that work to protect your relationship.

4. Focus on your relationship, not on other women

If your girlfriend has crossed a boundary that you’d both agreed upon earlier in your relationship, don’t let her blame other women. She’s the one who made a commitment to you.

Remember, if your partner is trustworthy and has your back, she’ll respect your boundaries even if she finds herself in a room full of attractive women.

Confronting the “other woman” won’t change the real problem. (Which is your girlfriend’s behavior.)

It’s normal to feel insecure when your partner flirts with other people, but her behavior isn’t a reflection of your personal worth.

If you feel rejected or second best, it’s easy to fall into the trap of assuming that there must be something wrong with you.

Stop that downward spiral by reminding yourself that you’re good enough. Take a minute to think of your best traits and qualities.

6. Take a step back and look at your relationship as a whole

Occasional flirting probably isn’t anything to worry about. But if your girlfriend keeps overstepping your boundaries or ignoring your feelings, you have a bigger problem on your hands.

How are things going in your relationship?

Sometimes, people resort to flirting as a way to cope with feelings of resentment or insecurity. If that’s the case, you need to address the underlying problem.

Explanations aren’t excuses, and they can give you something to work with. So listen to how your partner’s feeling. Maybe you need to spend more time together if you’ve been disconnected. Or perhaps she needs to work on improving her self-image.

Watching your girlfriend flirt with someone else isn’t much fun, but it’s actually a golden opportunity to learn more about each other.

Working through your feelings about fidelity, jealousy, and insecurity can bring you closer than ever before.

If flirting is causing ongoing problems in your relationship, it might be time to get some professional help or marriage counseling.

Lesbian couples therapy can give you a safe space to explore your feelings and save your relationship. Contact The Lesbian Couples Institute to get in touch with a therapist who truly understands the challenges women face in lesbian relationships.