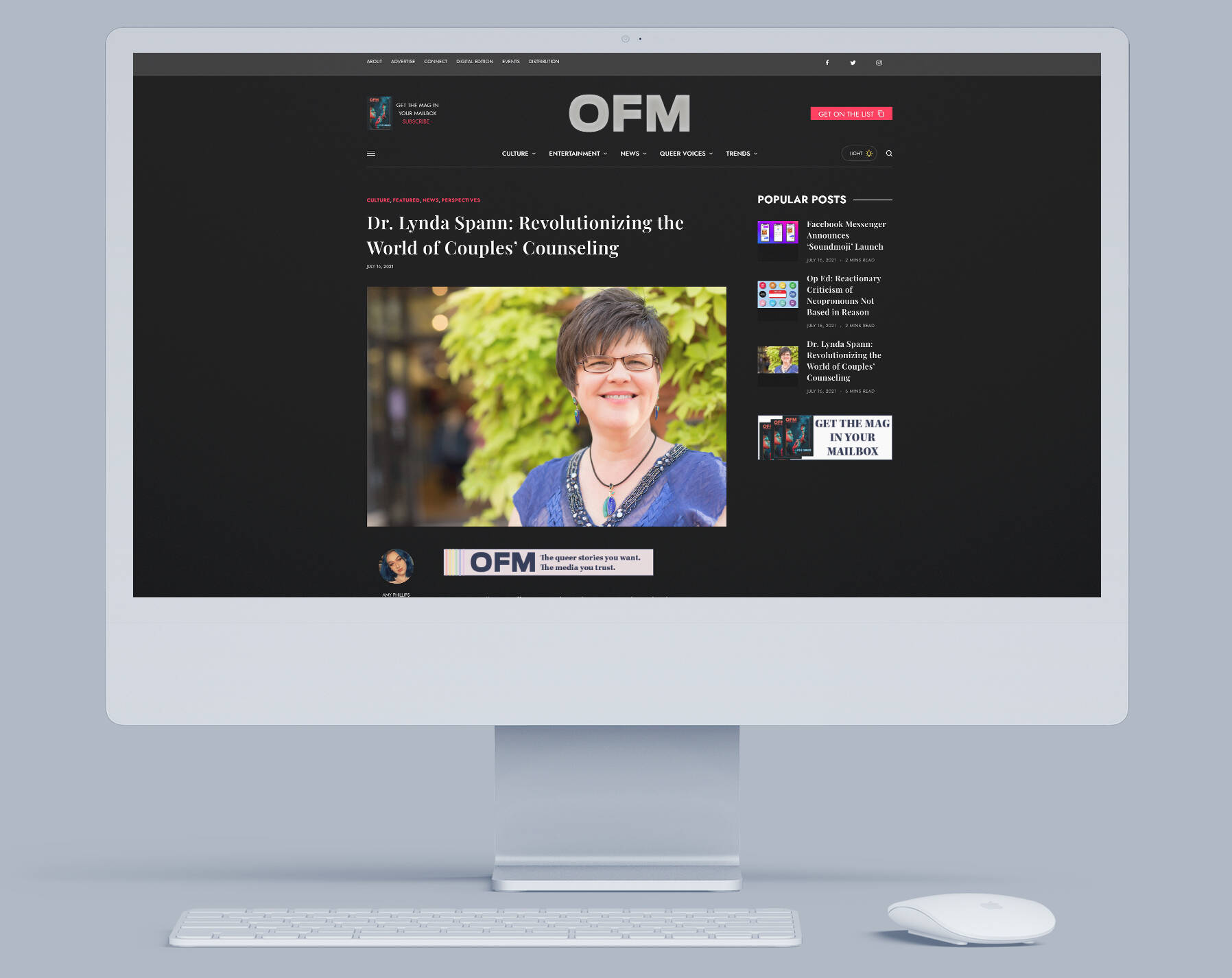 In a small, cozy office on South Pearl Street, a revolution has begun. Not a traditional one, with throngs of people chanting and marching. This one begins on a couch, with a warm smile and a conversation. These little moments are the catalyst for something much greater. This is the Lesbian Couples Institute (LCI), and it’s blazing a new path in the hetero-dominated world of counseling.

Dr. Lynda Spann will be your guide. Accompanied by her wife and business partner, Dr. Lisa Yaeger, and armed with decades of personal and professional experience, she leads the charge into uncharted territory: therapy created for lesbian couples, by lesbian couples. It’s a feat that many heterosexual therapists claim to have conquered, advertising their inclusivity and open mindedness, but they could never know the complexities and nuances of queer love that only come with lived experience—it’s just not in their wheelhouse. 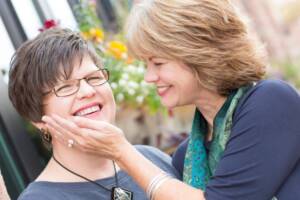 For over 20 years, Dr. Spann has been a marriage counselor to all couples, but in 2018, she created LCI . Wanting to expand her innovative practice beyond the borders of the Denver area, Dr. Spann is now launching the LCI’s first online group coaching program for lesbian couples. I had the pleasure of sitting down with Dr. Spann to talk about her new course, queer love, and the future of the Lesbian Couples Institute. Enjoy!

What are some of the ways heterosexual therapists might not be the best option for lesbian or queer couples?
I think at one level, a relationship is a relationship, but at a whole other level, there are nuances and differences for lesbian couples, and part of that is just our experience of being in a marginalized group, a minority. So whenever a queer person or a couple can’t come to an office like this where they just know, “Alright, we can be ourselves, we can talk about all things, even sexual, and not get as weirded out as if we’re sitting with a straight therapist…” It creates a whole area of anxiety for gay couples.

There’s a spirit of wanting to help, but because straight therapists haven’t lived the experience of dealing with being in or out of the closet and how family members respond, or if you come from a religious family, how that impacts a couple if there’s a discrepancy between how “out” each person in the couple is. That can create some very unique challenges for them, and straight therapists just don’t get that.

What are some of the differences that you’ve noticed between lesbian couples from heterosexual couples?
Women’s brains are different than men’s brains, and when therapists are used to working with heterosexual couples, there’s that specific heterosexual dance. It’s different when you have two female brains in the room. Whether it’s genetic or more socialized, women tend to be more feeling oriented, more sensitive … I think one of the things that’s true for lesbian couples in general is we have a tendency to merge much more quickly, and stay there longer. It’s an important part of relationship development but then for relationships to grow, there has to be the next stage, which is “Oh yeah, we’re different people; we’re separate; we’re together, and we’re separate.”

Another area that’s different is conversations about sexual intimacy. There’s often a greater decline in sexual intimacy frequency for lesbian couples that have been together for a long time than their straight counterparts. The term you’ve probably come across is “lesbian bed death”—I don’t like the term; I would never want to be prescriptive of something like that like. But testosterone is a big sex driver, and particularly for post-menopausal women, sex drive can tank, so that can be challenging. It can happen in lesbian couples where one is like, “Let’s keep this going; come hither!” and the other one’s like, “Ehhh, not feeling it.” That’s something that’s often a topic for couples that come to therapy, and they’re much more comfortable talking about it with a lesbian therapist.

Did you draw on any personal experiences when you were creating the LCI?
There was a period where I needed some counseling when I was in Pueblo, it wasn’t couples counseling but post relationship breakup counseling… I really wanted to talk to somebody that would totally get me and I didn’t find that person. There was some awkwardness to it. I was starting a relationship at the time with my now wife and the therapist I saw, she kept saying “well statistically the odds are that this relationship isn’t going to work out”, and that really came from her bias. Lisa had at that point only been in relationships with men so [the therapist] made a lot of assumptions, that this was doomed, and if it would’ve been a queer therapist, that wouldn’t have happened.

Why might some couples consider your new online group coaching program versus traditional one-on-one in person therapy?
Well first of all, they may not live here. So location, if they’re not here … if they have a busy lifestyle and it’s hard to get to a therapist office. [The course is] on demand, so they get to consume the course material, which is a big bunch of videos and workbooks, on their own time, when it’s convenient for them and their family. The aspect of being part of group coaching with other lesbian couples that are trying to learn how to have amazing relationships also builds a community aspect. They get to share the journey with other peers.

The other thing is that when you go to a therapist’s office, you’re not usually taking any kind of recording device and people don’t take notes for therapy because it interrupts the flow. Our memories are such that sometimes we only remember a little bit of what happened, especially if you show up, and you’re nervous about something or scared about a topic that’s going to come up. With an online program, you get to go back and watch the training videos as often as you want, so there can be that repetition that really helps you learn.

My purpose with building the online coaching program was to create something skill based. It’s not just about, “Let’s have a conversation about emotions and leave the room feeling good”… and then what? It’s about, “Let me equip you with the skills and the tools and the agreements that you need that are going to serve you for your lifetime so that you can have a very secure, safe, and expansive relationship.

What are some of the core skills you focus on?
We’re big on communication skills. I did a survey on, “What are your biggest struggles?” and communication came up on top, so that’s a big one. But also things like, how do we stay connected? What do we do to feel like there’s that emotional connection, even when life is shitty, and we’re under stress? How do we stay emotionally, and sometimes physically, connected?

I also teach some about how our brains work. I think that some understanding of negativity bias, what happens to us when we feel threatened—like, do we go into fight or flight? Do we freeze? And how can couples help each other when that happens?Skills around really coming up with goals and agreements that are principle based that help you take care of each other for the long haul.

How do you want to see the LCI grow in the future?
I think we’ll bring some other therapists and coaches on board.One idea I had is to do multi-couple retreats either here in Denver or a different location that would be a three day thing where Lisa and I are the leaders and 10, 20, 40 lesbian couples come and have just a really cool weekend experience that’s focused on reconnection, having a great relationship, and all the relationship skills we teach. That’s one dream we have.

OUT FRONT Magazine (OFM) was founded in 1976 and caters to the needs and desires of Colorado’s LGBTQ community with thought-provoking editorial, latest news and exciting photography.  OFM remains one of the nation’s oldest continuous-running, independently owned and operated LGBTQ publications. Link to original article: https://www.outfrontmagazine.com/dr-lynda-spann-lesbian-therapist-revolutionizing-couples-counseling/ 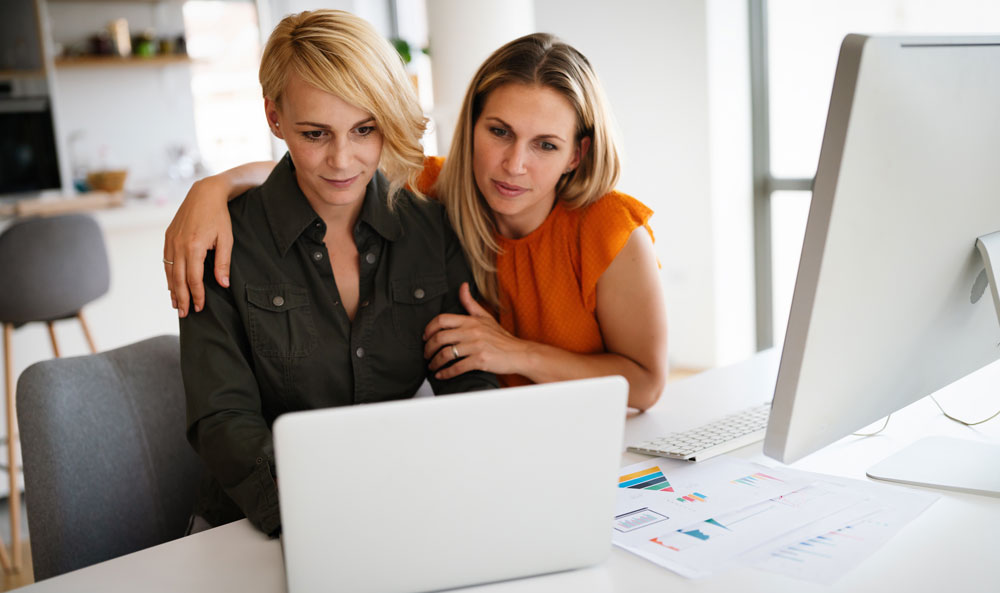 For Millions of Lesbians, Hope is Often at the Bottom of a Haystack 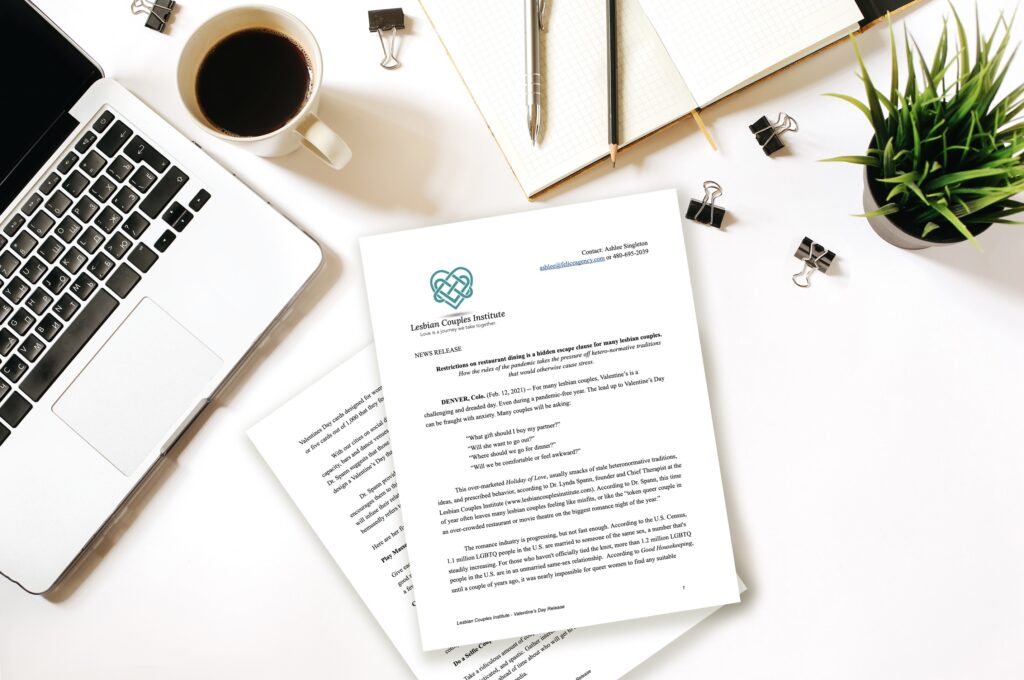 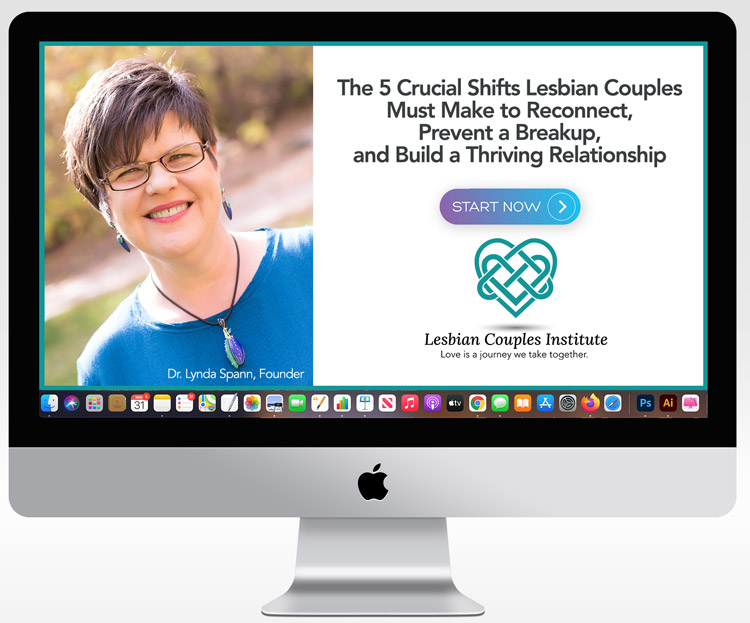 Take your relationship from struggling, disconnected and stuck…to happy, secure and thriving. In just 6 weeks! 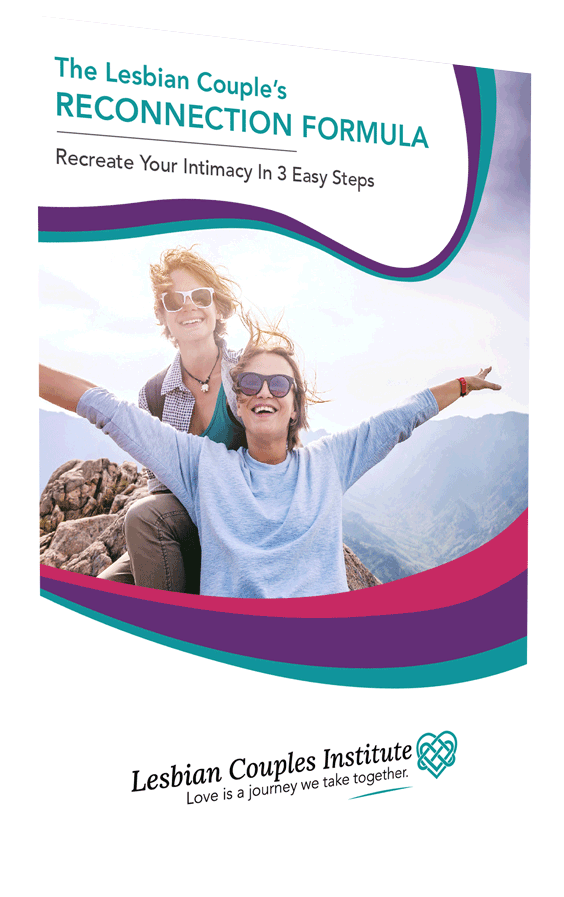 Are you ready to be the happiest couple in the room?

TLC (Transforming Lesbian Couples): an online relationship program for lesbian couples that are ready to thrive!

You can take your relationship from struggling, disconnected and stuck to happy, secure and thriving in just 6 weeks!